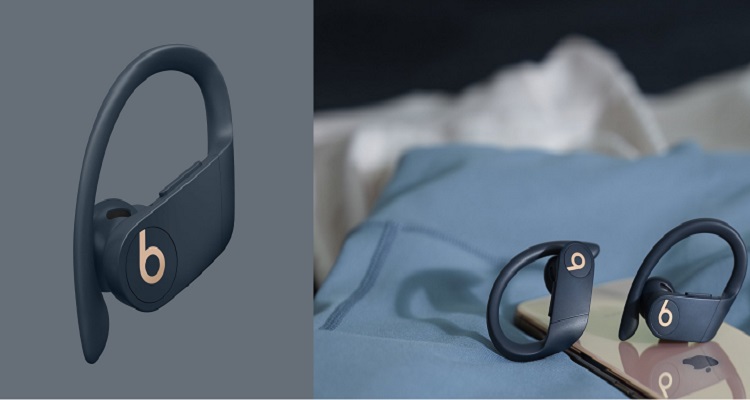 Fitness-focussed in-ears get the W1 treatment

With the PowerBeats 3 we have a pair of dedicated fitness headphones from Beats – and they come fitted with the W1 chip, giving them even greater power within the Apple ecosystem.

What this Apple tie-in means is that once connected to an iPhone, these wireless earbuds will be recognized by an iPad, MacBook or Apple Watch linked to your iCloud account – so you can say goodbye to lengthy pairing sessions… at least in theory.

The W1 chip also brings with it a robust and long-reaching connection, meaning you can wander much further from your music without experiencing any jumping or cutting out.

If you can still find them on sale, though, the Powerbeats 3 are still worth considering.

As anyone into fitness will tell you, headphones that you plan on running or working out with need to fit well. The ear-hook design of the PowerBeats 3 is designed to stop them from falling out at all, with a range of tips to ensure a snug fit – though it wasn’t always perfect in our experience.

The design of the PowerBeats 3 doesn’t really deviate too much from the previous iterations, with the buds housed on long plastic oblongs, connecting to your ears with rubberiszd hooks – and of course, the obvious Beats logo on the side for the cachet owning such a brand confers for some.

There are a variety of tips in the box, with flanged buds among our favourites. However, while the hook design does stop the headphones falling off your head completely, it means that the seal in the ear isn’t always total – the hook pressing against the outside of one’s ear can prise the buds out slightly, so noise isolation ends up not being perfect.

Initially the hooks were far too wide, and the PowerBeats 3 fell out the ear and dangled around too often. However, the hooks will bend slightly, and if you narrow the angle you’ll get a pretty comfortable fit.

They did start to come loose once during a 5K race, where there was no time to stop and refit them properly (and thus were just left to flap about a bit), but otherwise we had no issue with fit during testing.

The power button, which is flush along the top of the oblong units the buds are attached to, can be hard to find with the finger – especially if you didn’t realize it was there at first, as we did. And as it’s not proud from the unit, turning the PowerBeats 3 on and off with gloves is a nightmare, with guesswork really your only option.

The inline remote is strong and easy to use though, with pronounced buttons and a strong build quality making it easy to click to change the volume, take a call or skip tracks with double or triple taps.

Good build quality is something we expect from Apple products, and the PowerBeats 3 offer just that – everything from the logo to the attached toggle (to let you customize the length of the cord dangling around your neck) feels premium, and helps make the higher cost more palatable.

Where many fitness headphones err on the tinny side when it comes to sound quality, preferring to pump up the volume so your music can be heard when pounding the streets or grunting through weight-lifting, the PowerBeats 3 do have a richer sound to them.

The bass is higher than you’ll find on many other headphones, but not to an insane level – the buds don’t reverberate in your ears, just give more of a fullness to what you’re listening to.

It’s the level of bass that makes the headphones feel like a pair of sports earbuds. Bass response is tight rather than booming, but we’d be lying if we said it didn’t overwhelm on occasion. Perfect for when your on a workout, but less good when you want a more laid-back, relaxed listen.

That’s not to say the headphones don’t have mids and highs aplenty, but they can get a little trapped behind that bass.

Detail is also good from the PowerBeats 3, with lots of pleasing little touches apparent in your favorite songs.

The volume is actually a touch lower than it could be, as the fact they don’t always fit snugly meaning that you’re not always able to hear the action in noisy environments – but then again, that might be a helpful thing for saving your eardrums later in life.

The connection on the PowerBeats is strong throughout their use – although we did have a couple of issues with them during the test. It only occurred on a run in -6C (21.2F) temperature, but twice the PowerBeats just shut off and needed to be re-paired with the iPhone 7 Plus to get music playing again.

This initial connection can sometimes be tough to work out. The way most people use Bluetooth headphones is to place them on their head then turn the power on, using the audio prompts to confirm connection.

However, with the PowerBeats 3, turning them on doesn’t offer an instant audio signal that they’ve been powered on – you need to wait a few seconds to hear a sound confirming connection with the phone.

However, holding the power button for too long initiates pairing mode, so it became a choice between just guessing how long before the headphones were turned on or doing so before placing them on.

And even then, there were times when we needed to re-pair the headphones by holding them close to an iPhone or iPad – it’s cool to see the pop-up box appear when in proximity to the headphones, but it’s unclear why it was needed from time to time.

However, outside of these issues we found the range of the headphones to be excellent, allowing us to venture much further from our phone than is typical without the connection dropping off.

One of the most impressive things about the PowerBeats 3 is the battery life on offer, with it being nothing short of excellent.

While the decision to use microUSB as a charging port might seem odd for an Apple product, it does mean that many people will have a few suitable cables lying around – and there’s obviously one included in the box.

Given the fact these headphones are designed to work so well with products in the Apple ecosystem, it won’t be a surprise if future models are Lightning-connected instead.

In terms of battery longevity, we used the PowerBeats 3 for four to five days on average before needing to charge them again, and that’s with both regular runs and general commuting use.

For instance, a two-hour run at the weekend saw just a 20% drop, which was an excellent performance from headphones that don’t look like they’ve got massive batteries inside.

Charging times are also swift, with just a few minutes on charge easily enough to see you home if you’ve realised they’re empty just ahead of your train ride.

The PowerBeats 3 are well-made, long-lasting and with good sound quality, which is a pleasing trio of merit for fitness headphones.

The fit is pretty good, and for people with more ‘enclosed’ ears likely almost perfect. Some might struggle to get a good seal with the tips, thanks to the hooks holding the buds at a slightly wider angle, but overall the PowerBeats are comfortable to wear.

The main sticking point will be the price, which isn’t going to be alien to Beats customers. If you’re just after a pair of headphones you can throw on before you go for a run, there are plenty of other cheaper options out there which will pump sound into your ears if that’s all you’re after (check out the Optoma NuForce BE6i as a good example).

Likewise if you want a non-fitness focussed pair of headphones there are cheaper, better-sounding alternatives out there.

Where the Powerbeats 3 impress is when used as a combination of the two – being able to drift from fitness speakers to headphones you can use walking down the street, these stay in place and offer great sound quality.