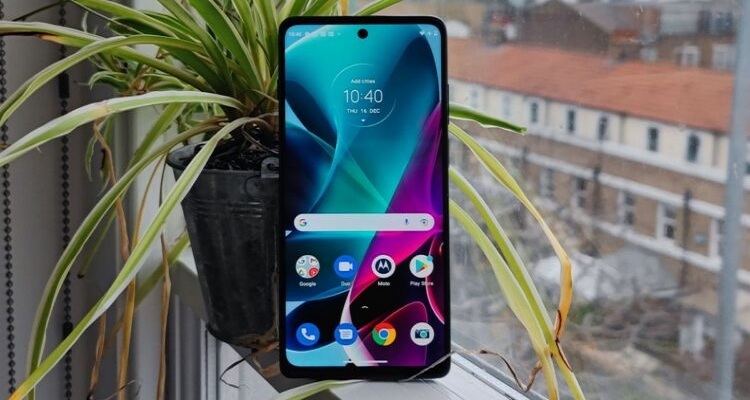 A wolf in Moto G’s clothing

Motorola’s G series of smartphones has always been a solid choice for the budget-conscious, with their big batteries, sturdy designs and low prices making them an appealing choice for people who just need a daily driver. But 2021 brought an interesting change for the brand, and the Moto G200 is the best example of this shift.

Some of these new Motorola G phones started wandering from the budget market into the mid-range one; it started with a high-res camera here, a top-end chipset there, and now we’re looking at phones like the Moto G200 which has a lot in common with your top-end Samsung Galaxy S21 and OnePlus 9.

Ostensibly a successor to the Moto G100, but arguably more similar to the Moto Edge 20 Lite, the G200 isn’t just the top-end Moto G phone of the year (not the highest-end phone from the company, as the Moto Edge 20 Pro takes that title), but it’s the best M-logo-touting smartphone we’ve tested this far.

The powerful processor, impressive main camera and snappy display, combined with the low price and the fixing of some of the problems that have plagued previous Moto phones, make this a great buy. We’ve tested it briefly, and while we’ve not had enough time to write a full review, here are our initial impressions.

The Moto G200 was unveiled in November 2021 and went on sale in December.

We’ve got the UK price of the phone, where it costs £399.99 (roughly $530, AU$740), but we haven’t heard anything about global availability just yet. If it launches in the US, it might get a different name – the Moto G 5G Plus went on sale in the States as the Motorola One 5G, and we’ve seen many more examples of the company fiddling with names between regions.

At that price, this isn’t technically the priciest Moto G phone, as the G100 cost £449 (around $620 or AU$810) but with a caveat – buying that device also gave you a stand and cable for the Ready For service (more on that later). With the G200, you just get the mobile, so ignoring for a second the peripherals, this is spiritually the top-end Moto G phone.

This is definitely a Moto G phone – it’s huge. With a 6.8-inch screen, this is the biggest phone from the company’s budget line, and it shows just by holding it.

That display has an FHD+ resolution, as virtually all mobiles do, but a 144Hz refresh rate is a cut about the 120Hz most phones at this price tier have (and many more premium ones, too). The effect of this is that motion appears smoother, which is a nice bonus for when you’re playing games or swiping through social media feeds.

The Moto G200 has an LCD screen though, whereas most rivals have AMOLED or OLED displays, and in the great game of smartphone one-upmanship LCD lags behind. Colors aren’t as vibrant and the contrast isn’t as defined on an LCD screen.

We said the Moto G200 is big, which might put off people with smaller hands. That does make the device good as a streamer though, as the plentiful screen real estate gives you more detail when catching a TV show on the bus or watching a movie in bed.

One of our biggest issues with Motorola phones has been, for some time now, their temperamental fingerprint scanners – the one on the G100 felt like rolling a 20-sided die to see whether you’d be granted access. Thankfully, that issue is fixed with the G200, and unlocking the device felt wonderfully smooth.

Unfortunately, the Moto G200 doesn’t have a 3.5mm headphone jack, and unless we’re mistaken, this is the first G-series device to miss out on this feature. A sign of the times, or just an omission to make up for the chipset or battery? We can only guess.

The phone’s plastic back curves to meet the display, so we found the Moto G200 fairly comfortable to hold, at least for such a big phone. On the back, three lenses are each mounted individually in their own circles. They don’t stick out too far, but the phone wobbles slightly when placed flat on a surface.

The Moto G200 has three rear cameras. The main is the first 108MP camera we’ve seen in a Moto G phone, though it’s not the first the company has used, and certainly not the first in phones at this price.

Some may rightfully question the need for a super-high-res camera like that in a smartphone, though the sensor has a few uses. First, it’s good for digital zoom (which is basically cropping). Second, it uses pixel binning (where individual pixels are combined into bigger ones) to ‘see’ more light, resulting in a lower-res image. This is particularly useful for night photography.

Next, there’s an 8MP ultra-wide camera used for taking pictures with a large field of view, like of a landscape or big group of people. Then there’s a 2MP depth sensor which had dubious use. On the front is a 16MP selfie camera.

A year ago, we wrote off the camera capabilities of basically every Motorola phone we tested, but recently we’ve found ourselves impressed by the snaps taken with the mobiles. It seems like improvements in hardware and scene optimization software have gone hand in hand to make the Moto G200 a pretty good camera phone for its price.

Now for the battery. It’s 5,000mAh, which is pretty giant for a smartphone, though is a size used by lots of budget phones. We found the device blitzed through a day of use and we didn’t even glance at the charger until well into a second day – we’ll need to conduct a full review and thorough testing process to better estimate its battery life though.

Charging is a weak point because, at 33W, the Moto G200 not only charges slower than other phones with the same specs, but slower than other mobiles at the same price, with Xiaomi and Realme, in particular, embracing fast-charging.

At that speed, the phone will take roughly an hour to charge a full battery. There’s also no wireless or reverse wireless powering, though that’s understandable as there’s only so much you can ask for.

Arguably the star of the Moto G200’s show is its Snapdragon 888 Plus – that’s an improved version of the chip found in the Samsung Galaxy S21, OnePlus 9, Xiaomi 12 and many more flagship phones of 2021.

That’s right, the G200 is actually more powerful than those top-end devices, though the difference will be too marginal to be noticed by most users. In fact, only hardcore phone fans will really notice the difference between the 888 Plus and a mid-range chip – but there are times when the improvement is palpable.

We tested loads of games and found the Moto G200 great for gaming. Not only is the chipset powerful, but the 144Hz screen refresh rate, big battery and large display all help make gaming a more enjoyable experience.

This is a 5G phone, as most new mobiles are, and the chipset is also paired with 8GB RAM and 128GB storage.

As with all Motorola phones, the Moto G200 runs stock Android, and starts with Android 11 out of the box. Moto brings its own twists to the formula though, which it’s easy to grow attached to.

Moto gestures are so useful that when we stop using one of the company’s phones, we often find ourselves doing the actions before realizing we’re not using a compatible mobile. They include a double karate-chop action to quickly turn on the flashlight, a double-hand-twist motion to open the camera app, and double-tapping the fingerprint scanner button to open a quick list of frequently used apps.

There’s also MyUI, which Motorola introduced about a year back as a way to customize the stock Android user interface more – you can tweak colors, app icons and more. When Android 12 rolls out to the phone, this will likely combine with that operating system’s Material You feature to give you loads of colorful options.

You usually have to use a Motorola phone for a while to truly appreciate it, with useful features and impressive stopping power hiding behind a workmanlike design and appearance.

Even in a few hours of testing the Moto G200, though, we’re pretty keen on it – it was useful for photography, gaming, and simply scrolling the hours away on social media.

It’s not perfect. Some might object to its size, and we wish Moto would dabble with fast-charging. But for the price, it’s a mighty mobile that might sway you from a premium alternative.