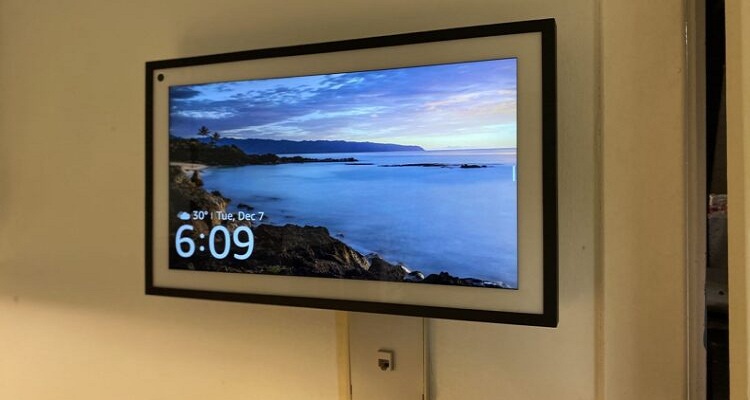 A strong addition to the Echo family with a few caveats

The Amazon Echo Show lineup has always held a key spot in the house – each model is both the brains of Alexa and the nervous center of the smart home. Depending on how big of a brain you needed, there were always a few different models to choose from, but none of them have been as big – or as feature-rich – as the new Amazon Echo Show 15.

At nearly five inches bigger than the already large Amazon Echo 10 and just a tad more expensive at $249.99 / £239.99 / AU$399, the Echo Show 15 is essentially everything you liked about the slowly stagnating Show lineup boosted by a ton of new organizational features to keep everyone in your home on the same page.

Mostly, this is done through the new widgets that can be added to the main screen the same way you add widgets to your homescreen on iOS and Android, and they can show you how long your commute will be, for example, or show a shared to-do list for the house. There are more than a dozen of these widgets already available to pick from, and more will likely be added in the coming weeks, months and years.

That said, we did find a few issues with the Echo Show 15’s performance. For one, those widgets that we just talked about only come in one size for the most part, and can’t be resized. Any extra widgets you have installed beyond the available screen real estate, get pushed off to the side and aren’t immediately visible. As of right now, that means you have to pick which widgets you want carefully.

Sound and video, while both acceptable in this slim form factor, didn’t really wow us. The screen is a 15.6-inch 1920 x 1080 Full HD display, but there’s no HDR, which makes movies and shows look a bit duller than on a 4K HDR TV that can be had at almost the same price. Similarly, the sound can get loud, but never reaches full immersiveness – the highs and mids are fine, but there’s no real soundstage to speak of and bass response is nearly non-existent.

In the end, we found a number of reasons to make the Amazon Echo Show 15 the stunning center of our Alexa-based smart home as well as a ton of room for Amazon to improve on future models.

The hardest pill to swallow about the price is that it’s over double the cost of an Amazon Echo Show 8 – a perfectly fine smart home hub that performs nearly the exact same functions as the the Echo Show 15. The Echo Show 8 sounds better thanks to its dedicated passive bass radiator and has a higher mega-pixel camera built-in, too.

Ultimately, you’ll get access to a few more features by upgrading to the Echo Show 15 – widgets and the new AZ2 Neural Edge processor among them – as well as a larger screen with a higher resolution but it’s still a rather large gap in price that currently feels a bit too wide to be justifiable.

Because it has an almost picture frame-like appearance, Amazon built the Echo Show 15 to be wall-mounted – which is very easy to do, thankfully. All you need to do is hold the plastic frame flat up to the wall and screw in four screws. We had ours up in a matter of minutes, and the process felt more painless than other previous wall-mounting attempts as we just hooked it onto some drywall in the kitchen.

Of course, that was the easy way out. You can drill into a more solid material if you have a drill bit for it, and Amazon even includes wall anchors inside the box.

However, without advanced DIY skills, you won’t be able to mount it over an outlet as the power cord terminal juts out from the wall. That’s going to irritate folks who want the cleanest look possible without a cord marring their clean aesthetic.

Amazon does provide another option for folks who don’t want to wall-mount the Amazon Echo Show 15 by selling a separate stand – however, one doesn’t come inside the box and will cost you an extra $29.99 / £29.99 (Australian pricing yet to be confirmed) if you want the device to stand on its own.

So where should you mount it? Well, we chose the kitchen at around eye-level – though we could see it working in pretty much any room. Choosing the right level can be tricky, however. If you place it high up on your wall, it’s hard to hide the cord, but placing it too low could make it hard for people to see you when video chatting. Amazon recommends putting it within reach of everyone in the house, at or around eye level.

The other advantage of having it at that point is for the built-in 5MP camera to detect you when you’re interacting with the device, as that’s how you get personalized content.

For us, right out of the box, that content included weather, cooking recipes and jokes, though that can theoretically be different for everyone. If you want to add some spice to your homescreen, however, you can add those widgets we mentioned earlier.

As of right now, there are more than a dozen to choose from and in the end we ended up installing pretty much all of them at one point or another. The bad news? There’s no way to resize them at this point, which means you’ll only see around four or five of them on the main screen with the rest hidden.

In terms of the widget selection, though, we were pleasantly surprised. While we didn’t need the notes section for ourselves living alone, it’s easy to see how that could be helpful to a family of four all on different schedules. Speaking of schedules, having a built-in calendar always in eye’s view made seeing the next meeting easy, and the grocery list reminded us what we needed to pick up on the next run to the grocery store.

As for that 5MP camera, you can use it for video calling as well, or to drop in on another Amazon Echo Show device. Unfortunately the 5MP camera can’t really compete with the 13-Megapixel camera we got on the Amazon Echo Show 8, but it’s still nice to have.

Another improvement as we’ve mentioned is the new AZ2 Neural Edge processor that Amazon’s installed inside the Echo Show 15. It processes requests faster – often in under a second or two – and doesn’t pick up nearly as many false activations (when Alexa starts listening without you saying the wake word) as before.

Finally, as the center of a smart home, the Echo Show 15 handles its job with aplomb. We were able to get all of our smart home devices hooked up in under an hour, and had a fully functioning smart home by the end of the day. Having the option to see the most-used devices on the homescreen was immensely helpful, and we really had no problem with the any of the devices over our multiple weeks of testing.

While the new UI feels like a big improvement over the rest of the Echo Show lineup, performance has taken a real dip with the Echo Show 15.

For starters, all audio from the device is fired out of the side of the display by two 1.6” full-range drivers. That’s a significant step down from the two 1.0” tweeters and 3.0” woofer found on the Amazon Echo Show 10, and it’s directly the cause of the Show 15’s inability to force out any real bass response.

That’s not to say that the Echo Show 15 is all bad when it comes to audio reproduction or that it can’t get loud – neither of which are true. The Echo Show 15 instead has a clear focus on the midrange and nicely enhances dialogue for listening to podcasts and your daily news briefings. It filled our kitchen with sound while testing, but the sound from the display never felt as robust as the sound that comes from our nearby portable Bluetooth speaker.

It’s a similar story for the Echo Show 15’s 15.6-inch display. It doesn’t need a higher resolution than 1920 x 1080 at this size, but it’s missing a number of key features that would make movies and TV shows really pop. Among them is HDR support that would boost contrast and color saturation. Without that, and without any panel technology to widen the field of view, color quickly loses its saturation when you watch the screen at an angle.

Should I buy the Amazon Echo Show 15?

You want to replace post-it notes, to-do lists and calendars on your fridge

There’s nothing wrong with using simple tools to communicate with your roommates and family members, but the Amazon Echo Show 15 allows you to replace pretty much everything on your fridge – including your photos – with a single elegant solution that sits right up on the wall.

Thanks to the AZ2 Neural Edge processor the Amazon Echo Show 15 has fewer false positives when it thinks it hears its name being called. It processes requests faster – often in under a second or two – and has a favorite devices widget that allows you to see your most frequently used gadgets at a glance.

It’s not cheap, but we do have to say that the aesthetic of the Echo Show 15 is truly outstanding, and looks significantly better than the traditional Echo Show devices. There’s a trade-off in performance versus the Amazon Echo Show 8 and Echo Show 10, but the Echo Show 15 is a definite show-stopper in terms of design.

The Amazon Echo Show 15 really isn’t the best bang for your buck in terms of audiovisual performance. The dual 1.6” full-range drivers really don’t do a good job of putting out immersive audio, especially in the sub-bass range, and without HDR, shows and movies don’t look their best.

You want the perfect-looking installation

Installing the Amazon Echo Show 15 is easy. But if you want it installed in such a way that the cord doesn’t show, well, you’re going to need a contractor.